NSW Chief Medical Officer Kerry Chant says the heaters are so detrimental to the health she supported banning and phasing out the heaters in built-up urban areas as an option to control wood smoke.

NSW Health has advocated the government give councils greater regulatory powers to impose controls in their area, taking into account topography, population density, socio-economic status and the availability of alternative heating options.

On Friday night, Environment Minister Rob Stokes said he would consider all options to reduce the impact of wood smoke emissions.

Dr Chant said the use of of wood burning heaters inside homes should be avoided.

“Not only do wood-burning heaters pollute outdoor air, they also worsen indoor air quality,” she said.

“Long-term exposure to particulate pollution, especially finer particles known as PM2.5, can cause heart and lung disease while brief exposures can aggravate asthma and worsen pre-existing heart and lung conditions.

“I understand that in remote areas that wood heaters may be the only good source of heating. However, in areas where there is access to a broad range of heating options, it is important that we look at the contribution that wood smoke makes to air quality, not just locally but the regional air shed.”

As smoke sat across the Sydney basin this week, the brown haze produced a number of brilliant sunsets but also cast a far deadlier pall, medical experts say.

The Environment Protection Authority estimates wood fire heaters are responsible for an average 75 per cent of Sydney’s fine particle pollution during July,  and this figure is much higher on certain winter days.

The cost to health of wood smoke emissions across urban, regional and rural areas was estimated to be $8.1 billion over the next 20 years.

Without greater regulatory controls, the emissions are forecast to grow by at least 20 per cent in Sydney over the next 15 years.

The rise in popularity of the heaters has prompted health groups such as the Asthma Foundation to claim last week that wood smoke emissions in winter now pose a bigger immediate health danger in built up urban areas than cars or cigarettes.

Standards Australia is reviewing new technical standards for wood fire heaters for this country and New Zealand. However, critics say the new settings for emissions – a maximum 2.5 grams for every kilo of wood burnt – are 20 years behind best practice countries and will do little to stop the increase in fine particle pollution.

Mr Stokes said he recognised that smoke from wood heaters does have health impacts, adding he had asked the EPA to investigate how best to empower councils to protect local communities from problem wood smoke.

Asked whether responsibility for Sydney’s air pollution problems should rest with 38 individual councils, the environment minister said he would consider all options to fix the problems.

He said was working with the environment ministers of other states and the government to develop a National Clean Air Agreement to improve the management of particle pollution, including from wood heaters.

An Australian Home Heating Association spokeswoman questioned the findings that wood fire heaters were the main source of the fine particle pollution in winter.

“We recognise wood heaters contribute to the overall air quality in built-up areas. (But) the air quality data only measures the fine particulate in the air. It has no way of measuring the source.” 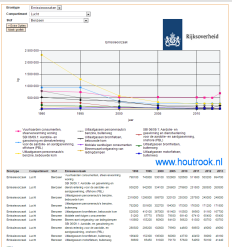 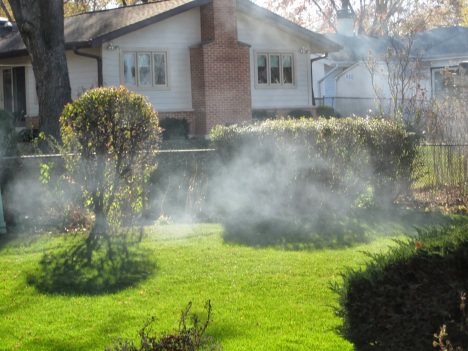